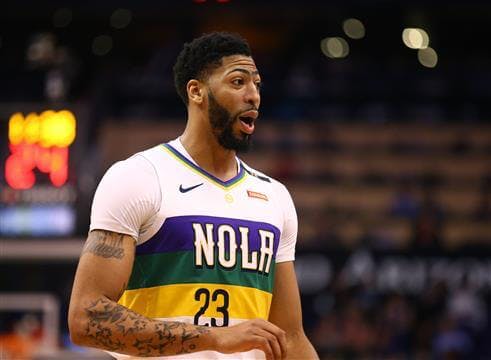 The clock is ticking on an Anthony Davis blockbuster trade.

With the race (seemingly) down to two teams (Los Angeles Lakers and Boston Celtics), what’s the holdup on New Orleans’ end?

Apparently, the same thing it’s been for months: New Orleans, if all things are close to equal, doesn’t want to see the Lakers end up with their star.

Here’s the latest from Brian Windhorst of ESPN on The Jump, per Bleacher Report.

“I think it’s a good sign that David Griffin is shopping the No. 4 pick. That at least means he’s open to a deal with the Lakers. But I think all of this is a maneuver to draw as much as he possibly can out of the Celtics. They’ve preferred to deal with the Celtics since Dell Demps was the general manager. The Lakers’ offers haven’t changed that much. They have a higher pick, but they don’t really have different players to offer. If he really wanted to make the Lakers deal, and he really wanted the draft pick, he would’ve already made the Lakers deal.”