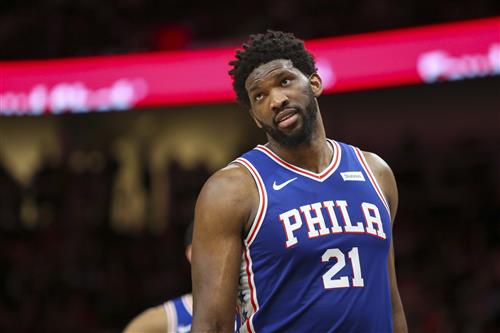 With player movement seemingly drawing just as much interest as the games themselves, NBA trade watch never really stops. But with postseason participants dwindling and most organizations already shifting into offseason mode, the focus on the league's transactional side is revving up.

Case in point: The biggest topic of discussion over the past several days has been Giannis Antetokounmpo's future with the Milwaukee Bucks.

He's not the only big name commanding attention, though. Several others ended their seasons and quickly found themselves swept up in trade chatter. Such is life in the NBA churn.

There's no such thing as an untradeable player, and these superstars are the ones to watch most closely this offseason.

Mere hours after Giannis Antetokounmpo's Milwaukee Bucks made their disappointing second-round exit from the playoffs, the 25-year-old MVP told Yahoo Sports' Chris Haynes there was no chance he would force his way to another team.

And yet...here we are. Despite the clearest possible refutation directly from the source, we have to start here. Sorry, but we just do.

This is about which superstars should be on trade watch, and the fact that one of the very first post-elimination questions Antetokounmpo faced was about the possibility of a trade means there's at least something to watch here.

Skeptics might be right to say this is all media-driven. Maybe Antetokounmpo really is committed to sticking it out with the Bucks despite a second straight year of proof that their personnel and tactical inflexibility aren't cut out for postseason success.

But we've seen so many iterations of this scenario before. LeBron James wasn't going to leave the Cleveland Cavaliers until he did. More recently, Anthony Davis professed clear intentions to stay with the New Orleans Pelicans. You've probably noticed AD doesn't play for the Pels anymore.

Superstars change their minds. We know this.

So if Antetokounmpo doesn't sign the supermax extension when the Bucks slide it across the table, expect the speculation to increase. The Golden State Warriors, Toronto Raptors and Miami Heat could try to pounce on a Milwaukee organization that may only be a year away from losing him for nothing.

In all likelihood, Giannis will play out the 2020-21 season with Milwaukee—extension signed or unsigned. The Bucks would be wise to take one more crack at a title run, and Antetokounmpo is in the rare position of risking almost nothing by pushing his contract decision down the road a year; Kevin Durant, a half-decade older and having just suffered a devastating Achilles tear, got max money this past offseason.

The cash will be there for Antetokounmpo no matter what.

Still, keep those eyes peeled. A trade isn't likely, but it's far from impossible, and no offseason move would more severely alter the NBA landscape.

Former head coach Billy Donovan's departure was a dead giveaway that after a "look what we found!" competitive season, the Oklahoma City Thunder are angling for a rebuild.

The veteran coach turned down a two-year offer prior to the resumption of play in the bubble, according to The Athletic's Shams Charania, and you have to assume he would have hung around if OKC had made clear its intentions to keep a veteran, playoff-ready roster together.

Chris Paul, 35, has no business participating in a rebuild. So we can essentially revive all the same trade speculation that started immediately after his move to the Thunder prior to the 2019-20 season. Now, though, Paul has one fewer costly year on his contract and is fresh off a season in which he proved he can still elevate a team on his own.