NBA Superstars on Trade Watch This Offseason
Bleacher Report | May 12 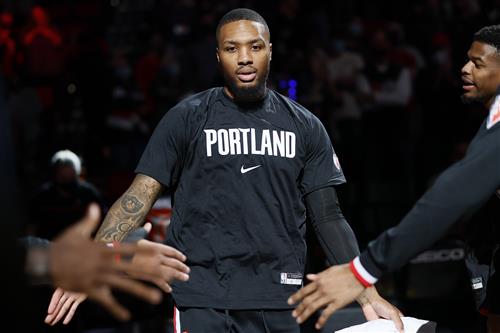 The clock perpetually ticks toward the NBA's next superstar trade.

No one knows exactly when, where or why it will happen, but a premature playoff exit here or a fractured relationship there, and suddenly the gears are in motion.

While it's impossible to predict which top-tier talent will seek the next scenery change, the right amount of tea-leaf reading can yield reasonably drawn conclusions.

Based on what we know (or at least perceive) about the five following players and their current situations, each looms as a potential trade candidate for the 2022 offseason.

Suggestions that one (or both) of Bradley Beal and the Washington Wizards should consider a summer breakup aren't at all novel. He mulled the idea of forcing his way out ahead of the trade deadline, per The Athletic's David Aldridge and Josh Robbins, and the fact that Beal never pulled the plug perhaps indicates a strong desire to stay in the District.

However, the same reasons that have made Beal a logical trade candidate for the past year-plus still apply. He has yet to sniff championship contention over his 10-year career—Washington peaked at 49 wins in 2016-17—and the Wizards have given zero indications that leveling up now is imminent or even likely.

While Beal can enter unrestricted free agency by declining his $36.4 million player option, a trade remains his best bet for a ticket out of town. There is nearly a league-wide shortage of cap space, and most of the teams with money to spend have little incentive to do so, at least as it pertains to a player like Beal, who will be 29 this summer and well into his 30s by the time his next contract expires.

That player option grants him leverage on the trade market, though.

Clubs would presumably want some assurances about his future before sacrificing real assets to get him, meaning he can effectively handpick a new destination this summer even if it doesn't happen in free agency. If he wants to hit the ground running with a win-now team, that option is available. The Philadelphia 76ers "did their due diligence" on a Beal deal this season, and the Miami Heat are "seen as a legitimate suitor" this summer, per The Athletic's Shams Charania.

Should Beal become available—or make himself available—interest could be substantial. The league has only seen seven scoring averages of 30-plus points over the past three seasons, and Beal is responsible for two of them.

Perhaps you have heard one time or a million that Rudy Gobert and Donovan Mitchell don't have the rosiest relationship. Considering it's been a topic of conversation even when the Utah Jazz were grooving atop the Western Conference, it's hard to say what would need to happen to silence it for good.

"The noise is always going to be there," Gobert said, per ESPN's Tim MacMahon.

If anything was capable of quieting the talks, this season in Salt Lake City certainly wasn't it. Utah's winning percentage dipped below .600 for the first time in four seasons, and the Jazz suffered their third first-round exit over this stretch. Given the age of this roster and the amount of money tied up in it, hopes of finding an internal fix are either fleeting or extinguished.

The Jazz arguably seem more ripe for major summer change than anyone, which could put Gobert on the chopping block.