NBA Rumors: Kevin Durant Is Already Trying To Recruit Players To The Knicks
Fadeaway World | May 14 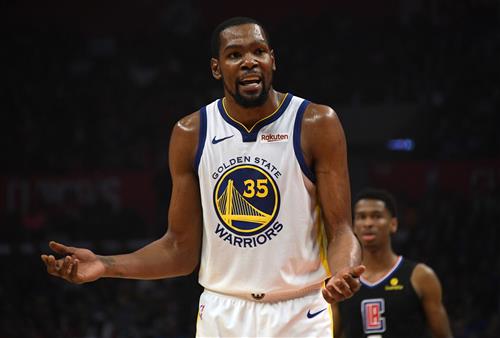 Sans Kevin Durant, the Golden State Warriors are rediscovering the dominance they held in 2015. Steph, Klay, and Draymond have been unleashed at full power, and it has become more than evident that not only do the Warriors not need Durant, but they might even be better without him.

With free agency looming, this could be what pushed KD over the edge. For most, it will lead him to New York.