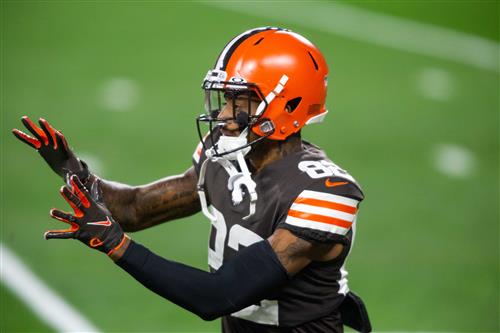 Asked to play a key role after Odell Beckham Jr.‘s injury, Rashard Higgins is again on the free agency precipice. The five-year veteran will hit the market March 17, should the Browns not extend him by then.

But Higgins would like to stay in Cleveland, and Mary Kay Cabot of cleveland.com notes the Browns would like him to bring him back — at a price. The Browns and Higgins discussed an extension in December, but nearly three months after news of those talks surfaced, the veteran wideout told Cabot no offer has emerged.

“We want to see when we can get this contract and stuff done,’’ Higgins said during an appearance on ESPN 850 Friday. “Obviously if it’s not with the Browns — we want it to be with the Browns — but it’s up in the air right now.”