MLB stars who could be dealt (surprises included)
MLB.com | May 5 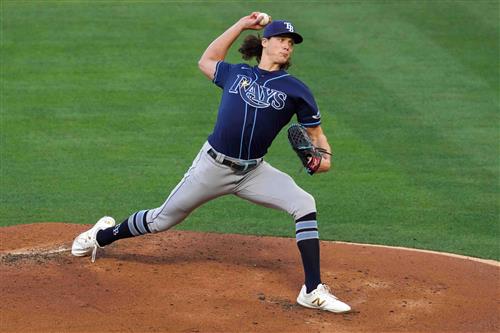 Unlike in last year’s abbreviated season, teams around the Majors will have four months to establish themselves as contenders or pretenders prior to this year's July 30 Trade Deadline.

But with the first of those months behind them, it’s only natural to begin speculating about some of the players who might be on the move before too long.

With that in mind, MLB.com polled 25 executives with the following question: Who will be the biggest name moved before the Trade Deadline?

The top two vote-getters were hardly a surprise, as Trevor Story of the Rockies and Kris Bryant of the Cubs received the vast majority of votes. Some named more than one player, hence the 27 votes cast by the 25 executives.

From the moment the Rockies traded Nolan Arenado this offseason, the expectation has been that Story would be the next star on his way out of Colorado.

The recent departure of Rockies general manager Jeff Bridich hasn’t changed that belief, leaving interim GM Bill Schmidt with a tall task ahead of him if he opts to move Colorado’s best player.

“The Rockies should move him well before [July 30] to maximize return,” a National League executive said. “They need to get what they can before he leaves for free agency.”

Story is off to a solid start this season, slashing .284/.348/.520 with four home runs and 18 RBIs in 28 games -- numbers that line up with his career averages. The team results have not matched the shortstop’s production, however; Colorado is 11-19 heading into Wednesday, good for last place in the NL West and the second-worst record in the Majors behind Detroit.

Multiple executives pointed to Story’s expiring contract and the Rockies’ perceived rebuilding effort as the primary reasons Story would be on the move this summer.

“Colorado has to move him, right?” another NL executive said.

One American League executive picked Story as his choice, though he questioned the timing of a potential trade while giving his answer.

“It’s Story,” the AL exec said, “unless he’s traded so early that it doesn’t count as a Deadline move.”

If it feels like Bryant’s name has appeared on every trade-candidate list for the past couple years, it’s because it has. The 2016 NL MVP has been rumored to be dealt for a couple years, but nearly half of the executives polled believe this is the summer that the Cubs will finally move Bryant, who is in his contract year.

“The Cubs aren’t scared to make big moves,” one NL executive said. “I think they will look to make sure they get value for him before he hits free agency.”

That Bryant is off to a hot start is only fueling the fire when it comes to a potential trade. Chicago off-loaded salary this winter with the trade of Yu Darvish to the Padres and the decision to non-tender Kyle Schwarber, and even if the Cubs are on the fringe of the postseason race, the likelihood of adding salary before the Deadline seems remote.