MLB can suspend players guilty of electronically stealing signs. But will they?
The Score | Jul 30 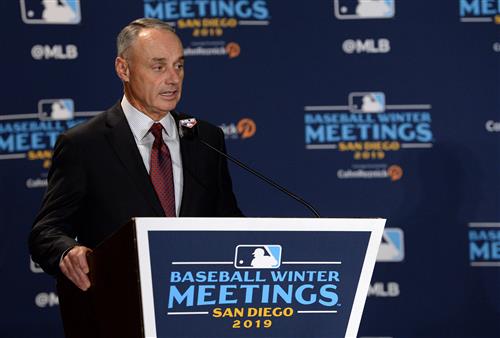 MLB and the MLBPA have agreed that players who steal signs electronically can be suspended and receive no pay or service time, according to Evan Drellich of The Athletic.

The league has reportedly hired an independent security firm to monitor video-room entrances. Additionally, signs are expected to be removed from footage that players use during games by the 2021 season.