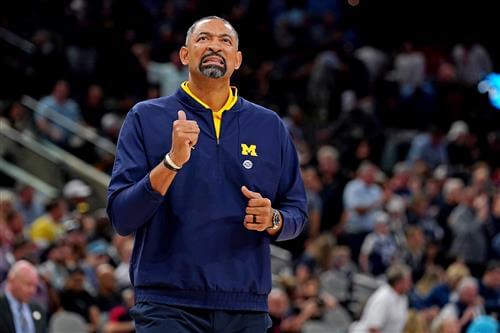 Michigan men's basketball coach Juwan Howard resisted an "overture" from the Los Angeles Lakers in their coaching vacancy, according to ESPN's Adrian Wojnarowski.

Shams Charania of The Athletic and Stadium reported the Lakers have narrowed their list down to three finalists: Kenny Atkinson, Darvin Ham and Terry Stotts.

Wojnarowski's report aligned with what NBA insider Marc Stein reported on May 2: "Michigan's Juwan Howard is known to hold [LeBron] James' respect after their time together in Miami but is said to be firm in his desire to stay with the Wolverines to coach sons Jace and Jett."