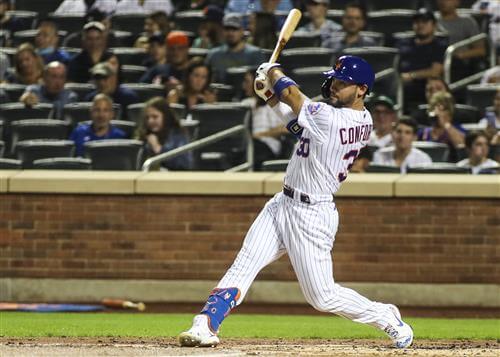 Outfielder Michael Conforto was one of the Mets' many players who battled at least one injury setback this season and largely struggled when healthy in what began as a promising contract year for the 28-year-old.

Ahead of Tuesday's home game against the St. Louis Cardinals, Conforto admitted he realizes he could be spending his final handful of weeks as a member of the Mets as he approaches free agency:

Like so many Mets players, Conforto has failed to produce expected offensive numbers throughout what became a disappointing campaign.