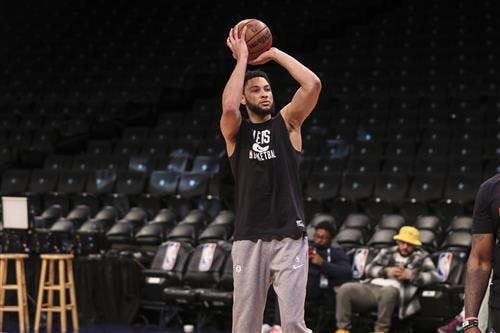 If you’ve ever made an investment, you know the feeling – you want to see returns. After all, nobody wants to make a bad decision. NBA teams are no different.

Perhaps you’re up late refreshing a stock market app. Alternatively, you could be obsessed with the price of bitcoin. Either way, you’re hoping to walk away with more than you put into it – that’s the point of making an investment.

The Brooklyn Nets made a significant investment in Ben Simmons. In fact, they traded James Harden for him. Moreover, they traded four first-round picks and three pick swaps for Harden. All told, a lot of resources went into getting Simmons to Brooklyn. In many ways, it would be a shame for the Nets to sell low on him now.

NBA
Ben Simmons On 76ers Drama, Felt Like Everyone Was 'Just Trying To F*** With Me'

At the same time, there are other concerns around Simmons. Will he be a good fit in Brooklyn? Or, will his unwillingness to shoot the ball be a problem, as it was in Philadelphia?

If the Nets want to get ahead of those potential issues, they could move Simmons for a player who will more obviously compliment Kevin Durant and Kyrie Irving.

Here’s a deal that has them doing exactly that.