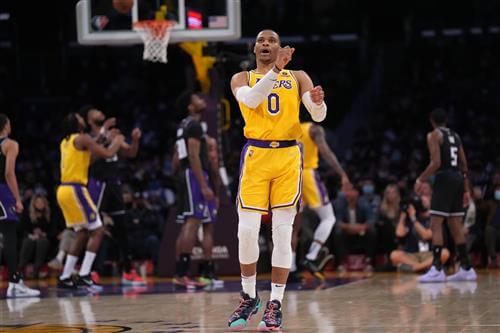 Sam Amick of The Athletic reported Wednesday the Lakers showed some "covert interest" in moving Westbrook earlier in the 2021-22 campaign, but the two seasons remaining on his five-year, $206.8 million contract remained a "massive obstacle."

"Inside the Lakers, it seems, there is some recognition that this hasn't gone as [LeBron James and Anthony Davis had] planned," Amick wrote.

Acquiring Westbrook from the Washington Wizards in an August trade headlined a roster overhaul by Los Angeles following an injury-plagued 2020-21 season that saw the team get eliminated by the Phoenix Suns in the first round of the playoffs.

Bringing in a third superstar combined with additions to improve the squad's offensive depth raised expectations the Lakers would return to a championship level after winning the NBA title in 2020.