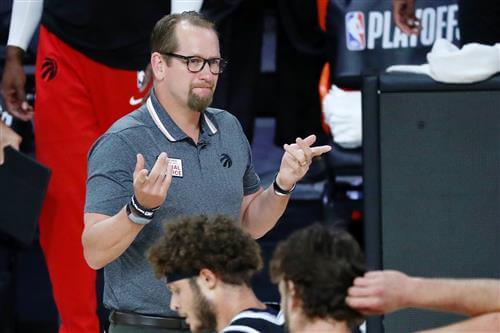 The coaching situation for the Los Angeles Lakers is going to be a topic for major speculation until they finally decide to make a move or stick with Frank Vogel in the offseason. While the coach is expected to depart, they must find the right candidate to replace him, or they could find themselves back in a similar situation next season.

Names like Doc Rivers and Quinn Snyder have been thrown into the mix, despite both coaches having teams that are in the postseason with a lot on the line before any moves can be thought about. Shannon Sharpe has suggested that the Lakers interview Mark Jackson considering his role in putting together the championship core the Golden State Warriors have had throughout the 2010s.