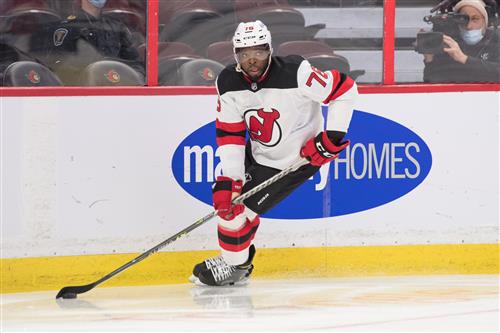 Despite relatively low fanfare, one of hockey’s biggest names is set to be become an unrestricted free agent this summer. New Jersey Devils defenseman P.K. Subban will become a UFA for the first time in his career, having just finished the final year of an eight-year, $72MM contract that carried a $9MM AAV. Subban signed that contract with the Montreal Canadiens prior to the start of the 2014-15 season, but would only play two of the eight years with Montreal before being dealt to the Nashville Predators. The star defenseman would spend three seasons in Nashville, making a trip to the Stanley Cup Finals in 2017, but was again traded to New Jersey in 2019.

A former Norris Trophy winner, Subban is no longer the player he was in Montreal and Nashville, trailing off in production the past few seasons. From 2012-13 (his Norris season) through 2017-18, Subban averaged 58 points per 82 games played, including a career-high of 60 in 2014-15. However, since the start of the 2018-19 season, Subban’s production has been cut, quite literally, in half, averaging just 29 points per 82 games played. Though Subban was never regarded as elite defensively, he’s also seen his struggles in his own end too in recent years. Most notably, during the same 2012-13 through 2017-18 stretch, the defenseman compiled a plus-43 rating in 422 games, which dropped to a near-opposite minus-40 in a far fewer 252 games.

Having just turned 33-years-old, and with the previous four years of regression, Subban is very unlikely to come anywhere close to his previous contract, but it’s not to say he won’t have interest this offseason or a shortage of places to play next season. The veteran has appeared to establish himself as a well-liked leader in an incredibly young Devils locker room and still possesses the big shot and physical ability that made him one of the elite defenders of the 2010’s. Subban could find himself as an important piece on a competitive team which can limit his exposure and utilize him in favorable matchups; perhaps a team that already has solid defensive depth, but is missing the offensive upside from the blueline that Subban does provide. One comparison to this end could be how the Edmonton Oilers have used Tyson Barrie, who posted two strong seasons after a rough 2019-20 with the Toronto Maple Leafs.