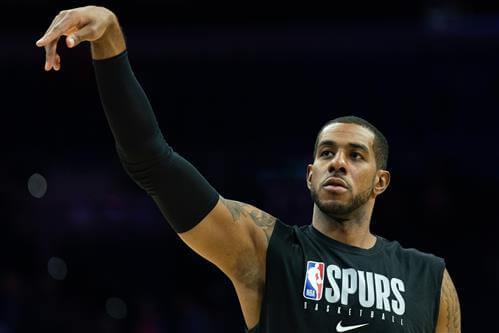 Seven-time All-Star LaMarcus Aldridge agreed to a one-year deal with the Brooklyn Nets..

In April, Aldridge announced he was retiring from the NBA after experiencing an irregular heartbeat during a game. He said it was "time to put my health and family first."

As a rookie in 2007, Aldridge was diagnosed with Wolff-Parkinson-White syndrome, which had caused him to have a rapid heartbeat. Aside from experiencing a recurrence in 2011 and a minor heart arrhythmia in 2017, the health issue didn't provide much of an impediment over the course of his career.