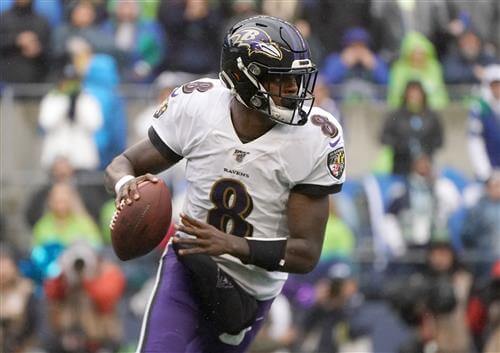 Lamar Jackson says Amazon is selling clothes that are straight-up rip-offs of his nicknames and persona ... and now, the NFL MVP is suing the corporate giant over it all.

Jackson -- according to a new lawsuit obtained by TMZ Sports -- says on Amazon's marketplace, 3rd party vendors are selling T-shirts and hoodies that he claims the company shouldn't be allowed to sell.

The Baltimore Ravens QB says he's seen Lamarvelous shirts, Action Jackson tees and Not Bad For A Running Back hoodies -- among other items -- that all "pirate" his brand and "use his name, likeness, image and persona for commercial gain without permission."