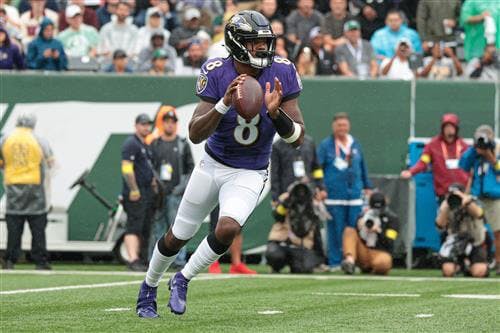 Baltimore Ravens star Lamar Jackson provided more insight into his ongoing contract negotiations with the team, and he might have turned down even more guaranteed money than what was initially reported.

Jackson told ESPN's Dianna Russini that Baltimore was willing to put around $160-180 million guaranteed on the table.

The 25-year-old is playing a high-stakes game if he wants to match or exceed the five-year, $230 million deal Deshaun Watson got from the Cleveland Browns.

In theory, Jackson should surpass Watson.