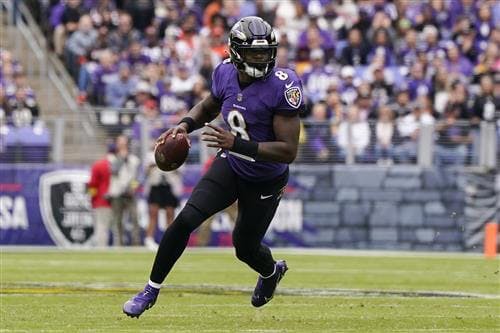 Quarterback Lamar Jackson puts on a show every time he steps onto the field. But the Baltimore Ravens can't be a one-man show while hoping to compete against the likes of the Buffalo Bills, Kansas City Chiefs and Miami Dolphins as the AFC's best squads.

The addition of another wide receiver could go a long way to completing the Ravens offense. Fortunately, a superstar is ready to test the market after suffering a serious knee injury during Super Bowl LVI.

According to FOX Sports' Jay Glazer, Odell Beckham Jr. should be fully cleared from his torn ACL next week, which will make the wide receiver open for business as he looks to sign with another team. Glazer added there will be "many suitors" for OBJ's services.

NFL
These are the 6 optimal Odell Beckham Jr. landing spots

The Ravens should be at the top of the list based on need and situation.

Monday's performance against the New Orleans Saints showed how desperately the organization needs a true No. 1 wide receiver. Without All-Pro tight end Mark Andrews in the lineup due to injury, Jackson didn't have a go-to target, particularly outside the numbers.

Baltimore's wide receivers combined to make five receptions for 55 yards during the 27-13 victory at the Caesars Superdome.