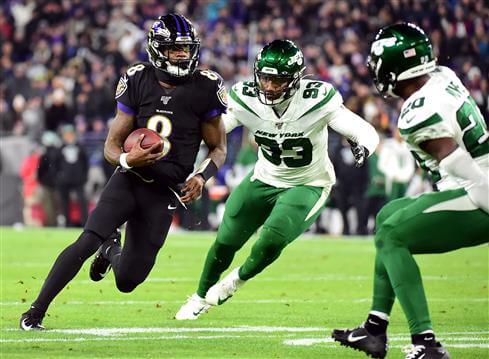 Lamar Jackson has run his way into the NFL record book.

Jackson eclipsed the record on a 5-yard run against the New York Jets in the first quarter. He entered the night needing 23 yards to surpass Vick's total of 1,039, set in 2006.

On the Ravens'first drive of the night, Jackson rushed for 27 yards on four carries and completed all three of his passes for 41 yards.