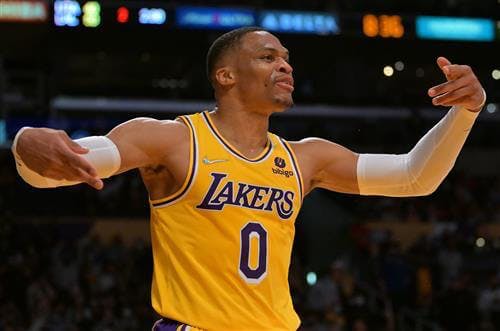 There has been a lot written about the possibility of the Los Angeles Lakers and Houston Rockets working out a Russell Westbrook-John Wall swap ahead of the 2022 NBA trade deadline. While the trade didn’t actually come to fruition, new details continue to emerge about the discussions.

ESPN’s Zach Lowe offered up another one in a recent episode of the Lowe Post pod. A lot of the conversation revolved around the Lakers attaching their 2027 first-round pick to Westbrook to get the deal done, but Lowe says the Rockets also brought up the idea of a 2027 pick swap. However, Los Angeles wasn’t interested.