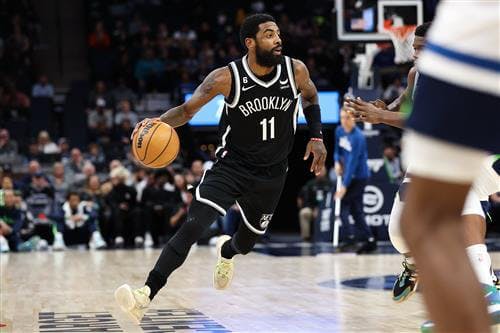 Back in June, the Brooklyn Nets granted Kyrie Irving permission to seek sign-and-trade offers from other teams, with the Los Angeles Lakers emerging as the the “most significant threat” to lure the All-Star point guard away from Brooklyn.

However, it looks like the Lakers’ interest in Kyrie has waned in the wake of his recent actions regarding an antisemitic film he promoted on social media. Irving was suspended last week by the Nets after failing to apologize for promoting the controversial documentary on Instagram and Twitter.

Sam Amick of The Athletic reports the Lakers now have “significant concerns about the prospect of adding Irving at any price and have not been focused on that scenario all season long.”

“It’s quite clear that Laker Land is a highly unlikely, if not impossible, landing spot,” Amick wrote.