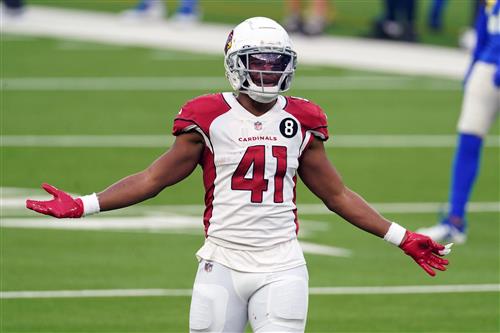 Longtime NFL veteran Kenyan Drake signed a two-year, $11 million contract with the Las Vegas Raiders. Drake spent the 2020 season with the Arizona Cardinals and has also played for the Miami Dolphins.

Kenyan Drake entered 2020 expected to the Cardinals lead running back heading into the season. Playing on the transition tag, inconsistency saw Drake assume a diminishing role as the year progressed. Nevertheless, Drake ran to the precipice of his first 1000 yard season, finishing with 955 on the year. The high watermark of Drake’s season was a 164 yard, two touchdown performance against the Dallas Cowboys in Week Six. He also recorded 100 yards against the Buffalo Bills, his only other 100 yard rushing performance. Overall, the former Alabama product contributed ten touchdowns, but an underwhelming 4.0 average yards per carry lead to some cause for concern.