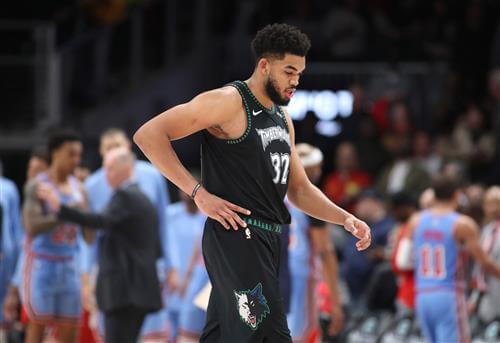 Karl-Anthony Towns' father is "recovering well" after reportedly testing positive for the coronavirus, according to ESPN's Malika Andrews.

Karl Sr. and Towns' mother, Jacqueline Cruz, both began feeling ill last week and were subsequently taken to the hospital. While Towns' father was released and instructed to self-quarantine, the Minnesota Timberwolves star released an emotional video announcing his mother had been placed in a medically induced coma while remaining on a ventilator because of COVID-19.

Towns wrote he posted the video to spread awareness about the seriousness of the virus, to ask for more medical equipment and to thank all of the health care workers who are putting themselves on the front lines of this battle.