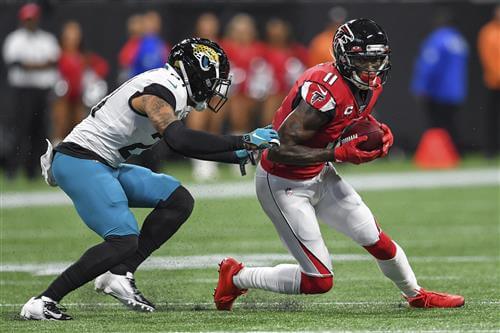 No, the Atlanta Falcons aren't trading Julio Jones to the Philadelphia Eagles.

Despite that rumor floating around social media, Mike Florio of Pro Football Talk reported Thursday that a "league source with knowledge of the situation" said Jones to the Eagles was "absolutely not" happening.