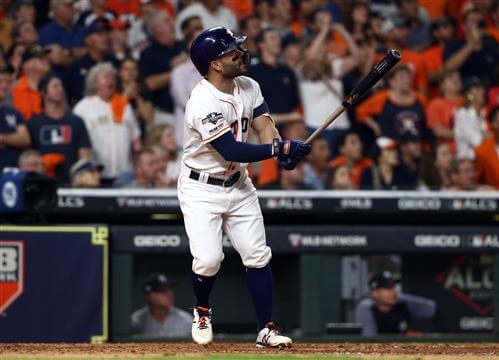 Altuve hit .348/.444/.652 with two homers, three RBIs, and six runs scored while striking out only once in the six-game series win over the New York Yankees. He reached base safely in all six contests and had at least two hits in four of them. Only in Game 5 did he fail to record a base hit, though he was still productive with a pair of walks.