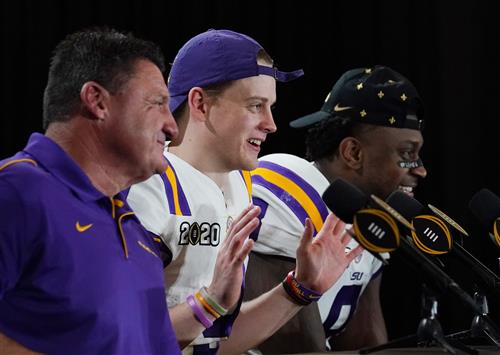 The 2020 NFL Scouting Combine began on Monday, and Joe Burrow is already getting a feel for some of the unexpected concerns that can pop up for players who take part in the event. Fortunately, the Heisman Trophy winner seems like he is going to be able to take the criticism in stride.

One of the measurements evaluators take for quarterback prospects is hand size, and Burrow’s hands measure at just nine inches. That is considered very small for an NFL quarterback, especially one who is 6-foot-4. For comparison, Kyler Murray — who is 5-foot-10 — has 9.5-inch hands.