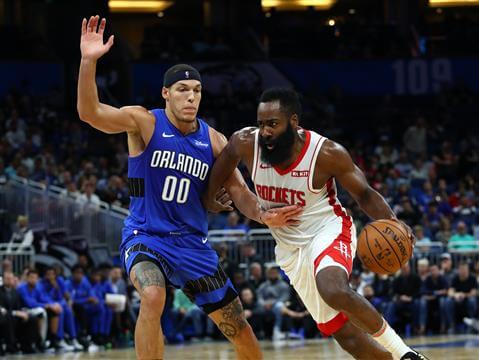 Houston Rockets All-Star guard James Harden is in some kind of zone.

The 2018 NBA MVP dropped 55 points and tied a franchise record with 10 threes against the Cleveland Cavaliers on Wednesday night, and he was back at it again on Friday night against the Magic in Orlando. Harden picked up right where he left off against the Cavs and turned in another historic performance, as he scored 54 points and again connected on 10 threes. It was Harden's seventh 50-point game of the season, and fourth in his past seven games. All the rest of the players in the league have five 50-point performances on the season combined.