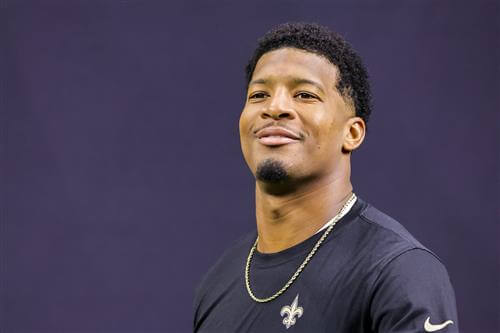 Free-agent quarterback Jameis Winston has had contract talks with the New Orleans Saints and Indianapolis Colts this offseason, he told Josina Anderson of CBS Sports.

"I still view myself as a starter in this league and that's what I'm looking for," Winston said.

Winston started the first seven games of the season for the Saints last year before suffering a torn ACL and MCL in a win over the Tampa Bay Buccaneers. He finished the season with 1,170 passing yards and 14 touchdowns with just three interceptions in seven games.

The Saints were 5-2 in Winston's starts but won just four of the final 10 games.