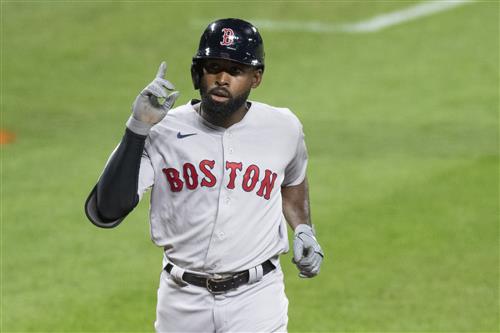 Bradley is signing a two-year, $24 million contract with the Brewers that includes a player option after 2021, according to a report from Julian McWilliams of the Boston Globe. The now-former Red Sox outfielder will join Milwaukee’s outfield after spending the first eight years of his major-league career in Boston.

Bradley, who entered the winter as the second-best free-agent outfielder behind new Blue Jay George Springer, drew interest from a handful of clubs, including the Mets, Astros, Giants, Phillies and others. Though the Red Sox vowed to stay in touch with him until he made a decision, a reunion was never likely between the sides as Boston added Franchy Cordero and Hunter Renfroe to the outfield mix and seemed intent on keeping a spot open for top prospect Jarren Duran.