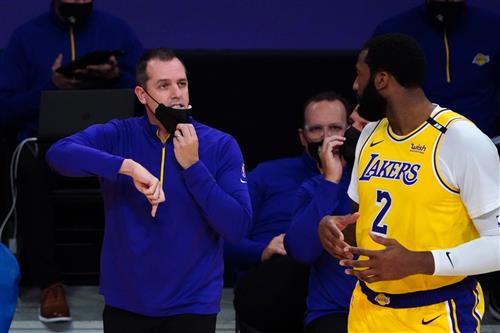 The Andre Drummond experience hasn’t gotten off to the exciting start many were hoping it would. The new Los Angeles Lakers center only notched four points in his debut and had to leave early after losing a toenail. He’s already missed one game and could miss a couple more while he heals.

Even though he’s only played one game with the team, many have wondered if there’s any way the Lakers can keep him past this season. Just this past year, the team signed LeBron James, Anthony Davis, Kyle Kuzma and Kentavious Caldwell-Pope to sizable multi-year contracts. They also have Dennis Schroder on an expiring deal. If they hope to keep Drummond long-term, it’ll be a little tricky.

While it won’t be easy to keep him, it’s certainly possible. Bleacher Report’s Eric Pincus broke down what the Lakers would need to do to make it happen: