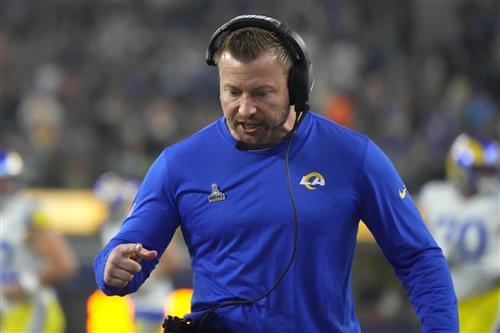 The Las Vegas will most certainly start their for a new head coach after the year is out as they are likely to move on from interim head coach Rich Bisaccia in the offseason.

Head coach Sean McVay is one of the most respected offensive minds in the NFL and he appears to be happy and set with the Los Angeles Rams, but that could change if the team doesn’t win a Super Bowl as they have mortaged their future by trading away draft picks.

Raiders beat writer Ed Graney of the Las Vegas Review-Journal is now suggesting a crazy trade where the Raiders trade draft picks to the Rams to land McVay.