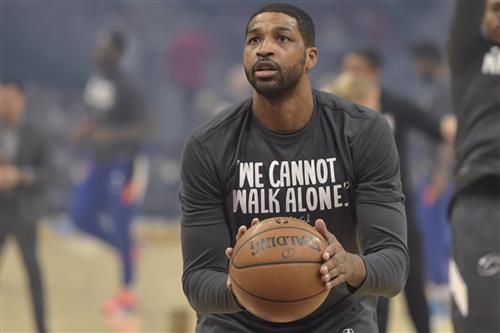 Impact trades in the NBA don't always have to involve superstars.

Like with Channing Frye to the Cleveland Cavaliers in 2016 or Marc Gasol joining the Toronto Raptors in 2019, sometimes putting the right role player on a team already loaded with talent can make the difference between making the playoffs and winning a title.

While trading for a star should still be on the table for the following six contenders, bringing in a solid starter or rotation player is more realistic given the lack of future draft picks and young talent most teams competing for a championship are left with.

Despite winning the 2019-20 title, the Lakers were not a good outside shooting team.

L.A. ranked just 21st during the regular season in three-point accuracy (34.9 percent), finishing 12th out of 16 teams during the playoffs (35.4 percent).

Kennard would instantly become the Lakers' best outside threat as a 40.2 percent lifetime shooter from three who canned 42.2 percent of his catch-and-shoot threes this past season. At 6'5", he can line up at shooting guard or small forward, keeping the floor spaced for LeBron James and Anthony Davis.

At 24, Kennard is still improving and will be a restricted free agent next offseason, meaning the Lakers can match any offer he receives. This wouldn't just be a rental.

For the Pistons, getting a first-round pick in this draft and a 19-year-old guard in Horton-Tucker is good value for the team's rebuild.

A late first-rounder puts Detroit in position to grab a player such as Tre Jones, Jaden McDaniels or Cassius Winston, and Horton-Tucker averaged 18.1 points, 6.3 rebounds, 3.9 assists and 1.4 steals in 38 G League games as a rookie.

Cook gives the Pistons a veteran guard in the backcourt to help mentor whichever point guard the team likely selects with one of its first-round picks.

With Montrezl Harrell entering free agency and Zubac still a few years away from hitting his prime, the Clippers could use a veteran center who can defend and clean the glass.