If Rockies deal Trevor Story, these clubs are best fits
MLB.com | May 12 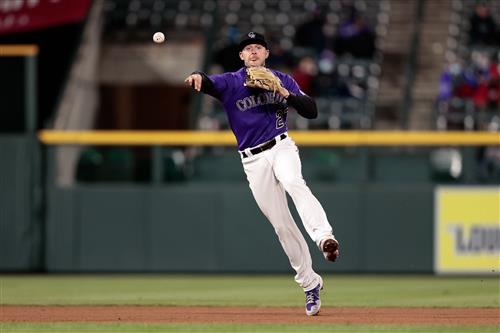 With so much of the league bunched together in the standings -- only six of the 30 clubs were more than four games out of first place entering play on Tuesday -- there’s a lot that will happen between now and the end of July before we get a true sense of who will be buyers and sellers at the July 30 Trade Deadline.

One of those six teams with a larger gap between themselves and the top of their division is the Colorado Rockies, who have already had a tumultuous year in which they traded their franchise player (Nolan Arenado) and switched general managers (Jeff Bridich resigned on April 26, resulting in the naming of Bill Schmidt as the club’s interim GM).

Read More- Should The Yankees Make A Trade For Trevor Story?

The Rockies are seemingly in the midst of a transition period, one that will likely include the eventual trade of their current best player, Trevor Story. The shortstop is headed for free agency after the season, and with a long-term extension between the two sides extremely improbable, Colorado is expected to move the 28-year-old by the Deadline.

Which teams could be in the mix for the two-time All-Star? MLB.com examines five potential candidates:

Yankees
The Yankees currently have a two-time All-Star of their own at shortstop, but most scouts believe that Gleyber Torres is better suited for second base. Rougned Odor came through with some timely hits after joining the club earlier this season, but upgrading to Story and moving Torres would be a no-brainer for GM Brian Cashman.

The Yankees have the No. 18 farm system in the Majors, per MLB Pipeline, and while No. 1 prospect Jasson Dominguez is untouchable, New York has plenty of prospect capital from which to deal.

A’s
The Athletics sit in first place in the AL West despite dreadful production from the shortstop position, where Elvis Andrus and Vimael Machín have combined for a .397 OPS, by far the lowest of any club this season. Billy Beane and David Forst have never been shy to make a big deal at the Trade Deadline if they see a path to the postseason, so a deal for Story can’t be ruled out.