If Myles Turner is available, should Raptors consider pursuing a trade?
Sportsnet | Dec 8 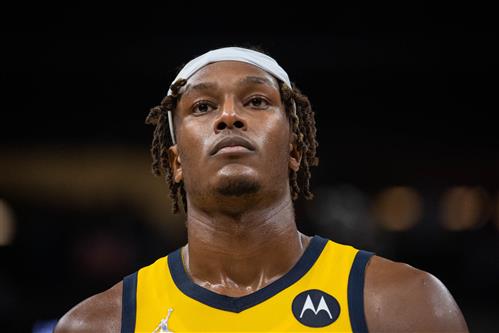 Following the recent news regarding the Indiana Pacers and the Portland Trailblazers, and the direction each franchise may be heading, Will Lou and Blake Murphy discuss potential trade targets for the Toronto Raptors.

The Athletic reported on Tuesday that the Pacers are potentially considering a roster rebuild with key veterans like guard Caris LeVert and either centre Myles Turner or forward Domantas Sabonis as trade pieces. Out on the West Coast, the Portland Trailblazers are figuring out their next steps, with ESPN's Adrian Wojnarowski's reporting that Damian Lillard's contract extension expectations exceed $100 million over two years. These steps may include centre Jusuf Nurkic and forward Robert Covington finding themselves on the trade block.