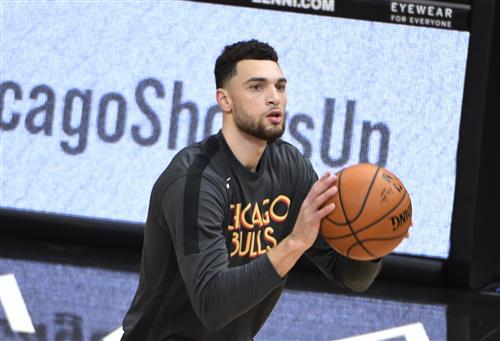 The disappointing first-round exit by the Los Angeles Lakers has many implications. For starters, it exposed the team’s need to stay healthy. Despite bringing veteran role players to the team in Dennis Schroder, Montrezl Harrell, and Marc Gasol, the star power was not enough when Anthony Davis was injured.

With the lingering question about Davis’ future health and the fact that LeBron James will be 37 years old this year, it poses a serious need for the Lakers to add a third superstar. Even with the Lakers fully healthy, the Utah Jazz and Phoenix Suns were both just games away from the Lakers in the standings before L.A. plummeted to the No. 7 overall seed.

In the Eastern Conference, the Brooklyn Nets will have a three-headed monster with Kyrie Irving, James Harden, and Kevin Durant for at least one more season. Assuming all can stay healthy, the Nets will be heavily favored by the oddsmakers. Let’s just say that the Nets make the NBA Finals against the Lakers. Is there enough to stop this combination?

James only has two years left on his deal. With Father Time creeping up, the question for six NBA championships is closing. If the Lakers, specifically LeBron, want to win more championships, then it’s time to go all-in, make the necessary changes, and bring a third superstar player to the city of Los Angeles.

What Lakers Can Offer For A Superstar?

The Lakers have quite a few upcoming free agents, but they can use that to their advantage to make a super package to acquire a superstar. Dennis Schroder and Alex Caruso could be dealt in a sign-and-trade. Their combined salary would be north of $20-30 million combined. Talen Horton-Tucker, another upcoming free agent, could command a salary north of $10 million as well.

Teams with superstar talent are going to want more to sweeten the pot. The team can package Kyle Kuzma and Kentavious Caldwell-Pope. To top it off, the Lakers can offer a 2027 first-round pick.

LaVine has just one more year left on his current deal. If LaVine wants out of Chicago, the Bulls could bring in some much-needed depth to complete this roster from top to bottom. The Bulls traded for Nikola Vucevic before the NBA Trade Deadline, but the combination of LaVine and Vucevic is not enough to take down the Milwaukee Bucks, Brooklyn Nets, or Atlanta Hawks.

Imagine moving LeBron back to the point guard position, which would allow LaVine to be the team’s primary scorer. With Davis in the paint, this would be the ultimate inside-outside combination. We saw LeBron lead the league in assists just one year ago. He would easily do that at age 37 with this group.