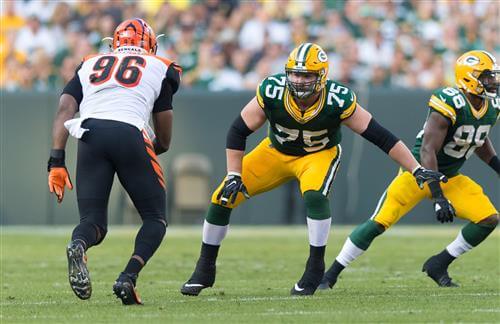 There are a few Green Bay Packers due for a payday this upcoming offseason, but none are higher on the list than starting right tackle Bryan Bulaga.

The 31-year-old offensive line veteran is a little banged-up at the moment for the Packers as they head into Sunday’s NFC Championship at the San Francisco 49ers, but last week’s second-round win over Seattle was the first full game he missed all year. He started all 16 regular-season games for only the second time in his 10-year NFL career and braved through some injuries to do so.