How Have the Denver Broncos Not Fired John Elway?
The Big Lead | Sep 10 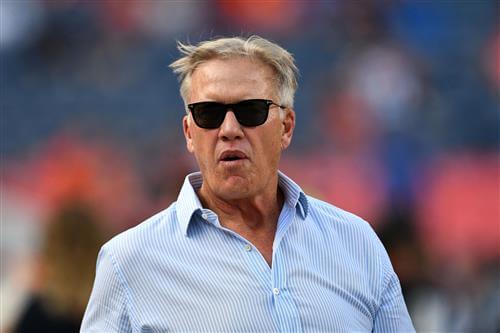 The Denver Broncos’ general manager and president of football operations is still getting paid to make decisions for the franchise despite a wealth of evidence that he has no earthly idea what he’s doing. Years of mismanagement has brought Denver to where it is now: an irrelevant franchise with no hope moving forward. It’s long past time for the Broncos to put Elway out to pasture.

John Elway: "We're not that far off. Obviously when you only win 6 games it feels like you are." ... Thinks they just need some key players to get back.

That led the Broncos to actually attempt to compete in 2019, instead of doing the prudent thing and rebuilding. Rather than trading pieces that could help bring back draft capital, he actually traded a draft pick to acquire Joe Flacco. Yes, Joe freaking Flacco is who Elway acquired to save his franchise. Good luck with that, Johnny.