Houston Texans to be sellers at trade deadline?
Sportsnaut | Oct 26 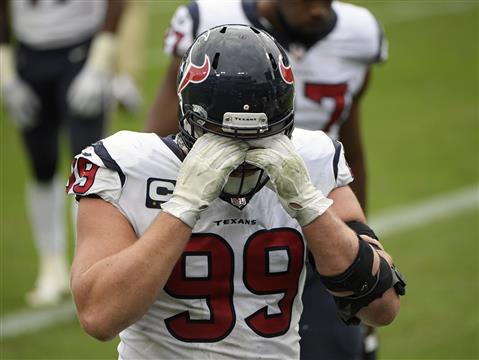 NFL trade rumors are swirling ahead of the Nov. 3 trade deadline and the Houston Texans may be one of the most active teams in the coming days.

Houston, who fired head coach and general manager Bill O’Brien, finds itself near the bottom of the NFL standings in Week 7. With a rapid turnaround unlikely, the Texans are reportedly preparing to be sellers at the trade deadline.

Since firing Bill O’Brien, the Texans have looked significantly better on offense. Even with franchise quarterback Deshaun Watson on fire as of late, Houston could reportedly trade his top wide receivers.