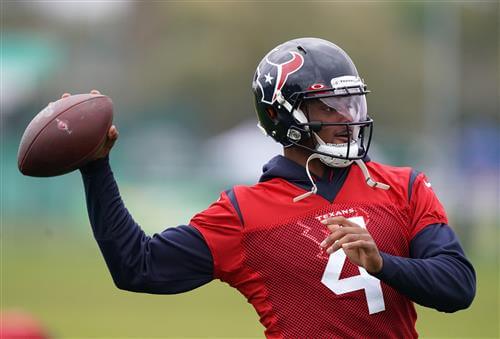 With quarterback Deshaun Watson showing up for training camp and with the NFL not instructing him to go home with pay, it’s time for the Texans to begin yelling “sell!”

That’s precisely what they’ve done, leaking to the league-owned media outlet that the team is now (and supposedly has been) willing to listen to offers for Watson. But the price, as the team has leaked to the media company it partially owns, will be high — at least three first-round draft picks “and more.”