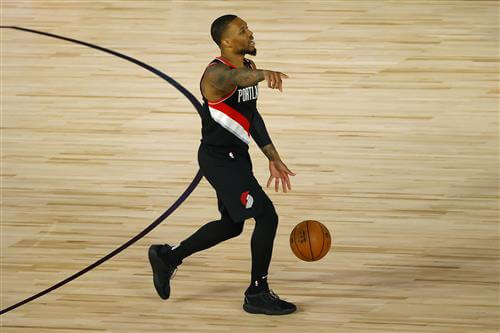 The New York Knicks are reportedly monitoring the Damian Lillard situation with the Portland Trail Blazers. The Knicks have the assets to make an intriguing trade offer, including five first-round picks over the next three years, and the New York Post’s Marc Berman claims they “are likely willing to include three first-round picks in a Lillard deal.” New York also has cap space to make a deal easier to pull off.

Of course, just because the Knicks want Lillard doesn’t mean the Blazers have any interest in trading him, even if there has been some speculation about it. Portland likely wouldn’t trade Lillard unless he asks out, and he hasn’t done that. He may be frustrated with how things played out this past season, but there’s no evidence right now that he’s actually going to demand a trade.