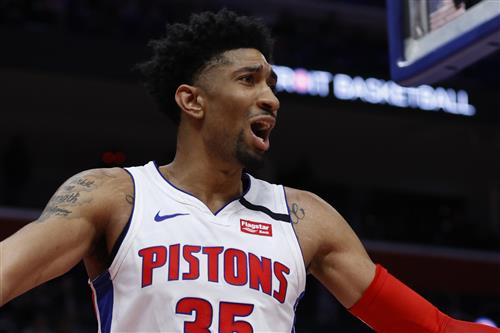 The dream scenario in NBA free agency is signing a player right before he blows up. That's never easy, and most organizations succeed if they add talent that merely sustains past levels of play.

As proof of how tough that task can be, consider a handful of key signings from the 2019 offseason. Al Horford, Tobias Harris and Kyrie Irving all disappointed for various reasons. Kawhi Leonard, Khris Middleton, Kemba Walker and Jimmy Butler were great, but they were similarly great on their previous deals.

Where are the guys that will exceed expectations and raise their games to new heights after they sign new contracts this offseason? Who's going to reward his team, whether joining a new one or returning to a familiar one, with the best year he's ever produced?

We've got a handful of the likeliest candidates right here.

Whether the Los Angeles Lakers close the deal on their first championship since 2010 or not, Anthony Davis isn't going anywhere. He will, however, almost certainly hit free agency by opting out of the final year of his current deal and signing a new one to stay in L.A.

He fits our free-agent criteria, even if it's basically on a technicality. That's fine; the point in including him is to highlight how one of the league's best players could easily get even better in 2020-21.

Having already ascended to superstar status, Davis might seem like an odd career-year candidate. But AD will head into his age-27 year with several factors pointing to a better-than-ever season.

It's reasonable to expect the Lakers to have a more refined handle on how to best utilize him after a year of getting to know his game. Assuming LeBron James either declines or slides into more of a load-managed role in his 18th season, there will also be more opportunities for Davis to expand his influence on the offense.

Even if his role doesn't change all that much, Davis' improving shot profile indicates his overall efficiency will continue to rise. He's increased his three-point and free-throw attempt rates in each of the past three seasons.

If he swaps out a few mid-rangers for threes and takes even greater advantage of a shrinking league down low, the path to 30 points per game will be a smooth one.

This year's version of AD was as defensively dominant as any we've seen, so maybe it's not realistic to expect substantially better counting stats with all the energy he's expending on D. But his comfort level should be higher in his second year with the Lakers, he's moving into the absolute prime-production years of his career and we know for certain he can post better numbers than he did in 2019-20, which saw him log the fewest points and rebounds per-36 minutes since 2015-16.

Davis finished third in MVP voting in 2017-18, which means he'd probably have to win the award next year to validate this career-year forecast.

Fred VanVleet figures to be one of the most sought-after free agents of a thin class. So although the Toronto Raptors have every reason to retain him, it's possible a bidding war will drive FVV's price above the point a smart organization (which the Raptors are) is willing to pay.

Whether VanVleet stays in Toronto or moves on is inconsequential. He's in line for a career season either way.

If he returns to Toronto, there's a good chance VanVleet will climb the offensive pecking order. He's high on the list already, but if the Raptors initiate a youth movement by letting fellow free agents Serge Ibaka and Marc Gasol walk, and if they also look to move 34-year-old veteran Kyle Lowry ahead of the final year of his deal, VanVleet would surely see his touches and shot attempts increase.