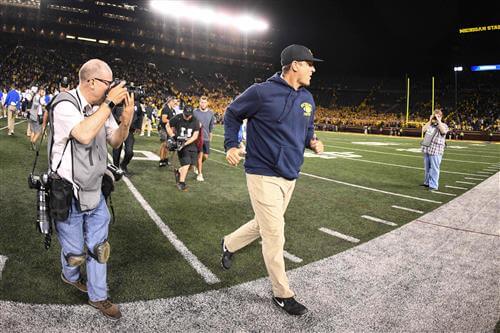 There is no question.

Going into this season, everybody assumed that this offense would be high-flying under senior quarterback Shea Patterson and new offensive coordinator Josh Gattis.

Everybody assumed U-M would be able to get the ball to its speedy, athletic wide receivers. But Patterson keeps dropping the ball – he had two fumbles on Saturday. And Michigan scored 14 points in regulation against Army.

No offense to Army.

But this isn’t Wisconsin or Penn State or Ohio State.

Or even Michigan State.

This team avoided disaster and got lucky.