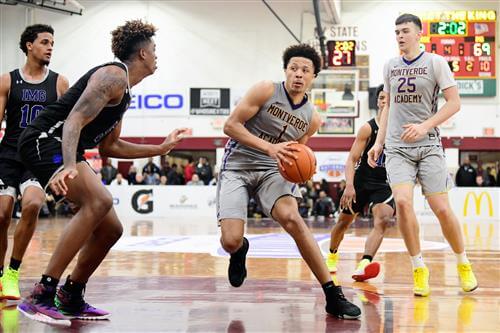 Cade Cunningham, the No. 2 player from the class of 2020, announced Tuesday night that he is committing to Oklahoma State.

Cunningham is a consensus five-star recruit and is the highest-rated point guard out of his class, per 247Sports' Composite rankings. The Texas native sizes up at 6-7 and 215 pounds and is a product of Montverde Academy in Florida.