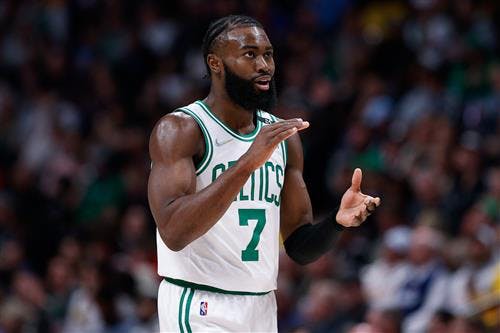 The Boston Celtics have done a good job upgrading their roster this offseason. There wasn’t much that needed to be done, as they have one of the strongest teams in the NBA and just advanced to the NBA Finals. But, they fell short against the Golden State Warriors, losing in six games.

Improving, even on the fringes, could be the difference between losing in six games and winning the series. They added depth to the backcourt and frontcourt, acquiring Malcolm Brogdon from the Indiana Pacers and then signing Danilo Gallinari.

Both players will help bolster what were already very good units. Brogdon brings more size and two-way play to the backcourt and a complement to Marcus Smart at point guard. Gallinari brings scoring punch to the forward position.

Alas, Brad Stevens did check into a blockbuster deal. At some point in this offseason, he was engaged in trade talks with the Brooklyn Nets centered around Kevin Durant. Part of the package that would have been heading to Brooklyn was Jaylen Brown.

Boston may not be shopping Brown, but other teams could see that and check in to see what it would take to pry him out of Beantown. One team that would be an intriguing landing spot for him is the Memphis Grizzlies.

What would it take for the Grizzlies to pull off a deal? Let’s take a look at this hypothetical trade that would land Brown in Memphis.