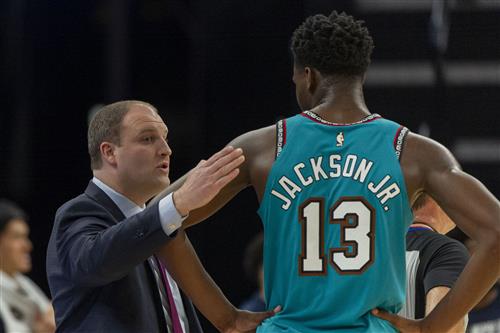 Whispers in Memphis are the Grizzlies aren’t yet sold on their 2018 lottery pick, 6-foot-11 power forward/center Jaren Jackson Jr.

They’re concerned about his durability. In late April, Jackson, 21, made his return from an extended absence after he tore the meniscus in his left knee last August while playing in the NBA bubble.

Jackson has started just two of the nine games he has played this season and he has taken periodic games off for “injury management.’’ Jackson is averaging 14.6 points in 23 minutes per game.