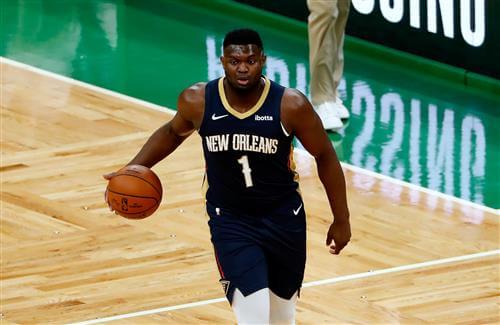 Zion Williamson has been absent from the New Orleans Pelicans this year, as he has been rehabbing a foot injury. There is no doubt that him being away from the team has affected their chances of being competitive this season, though they have definitely looked better lately with the acquisition of CJ McCollum.

There is no doubt that there has been a lot of speculation about Zion Williamson potentially leaving the New Orleans Pelicans from fans and analysts alike. Recently, Vincent Frank of Sportsnaut shared a trade scenario that would send Zion Williamson to the Memphis Grizzlies.