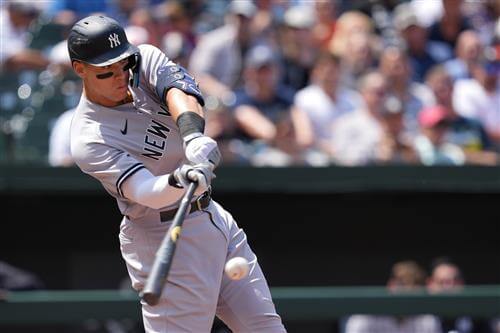 The New York Yankees' inability to lock Aaron Judge up on a long-term deal prior to the start of the 2022 season may ultimately result in him wearing a San Francisco Giants uniform.

Jon Heyman of the New York Post reported the National League West team is "seen as another potential landing spot" for the slugger, who cheered for San Francisco when he was growing up nearby.

Whether the Yankees and Judge would come to terms on an agreement before his self-imposed Opening Day deadline was the biggest storyline for the team entering the campaign.

General manager Brian Cashman said they offered a seven-year, $213.5 million extension that made the deal worth more than $230 million when added to the $17 million from arbitration, per Marly Rivera of ESPN.