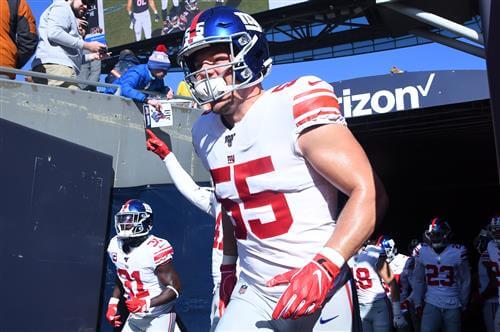 Ryan Connelly’s rookie season with the New York Giants was prematurely cut short due to a torn ACL which limited his 2019 campaign to just four games. However, many feel that the linebacker put enough good play on film to cement himself in Big Blue’s starting-11 moving forward.

With Connelly on-track to be a full-go come training camp, most project him to slide in next to free-agent signee Blake Martinez as the team’s two starting inside backers. Yet, Giants.com’s John Schmeelk doesn’t see things playing out that way.