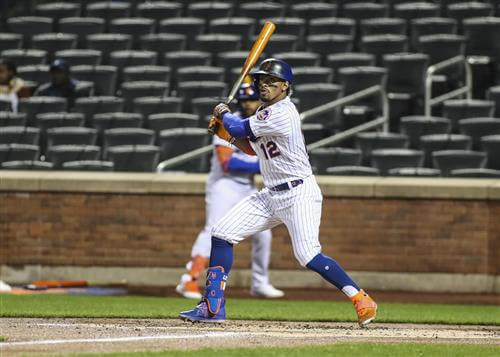 For a piece published on the official MLB website on March 1, Anthony DiComo noted how four-time All-Star shortstop Francisco Lindor had already become a leader in the New York Mets' clubhouse less than two months after he joined the Amazins via a trade from the Cleveland Indians.

By the final hour of that month, Lindor agreed to a 10-year extension worth $341 million to commit the remainder of his physical prime to the Mets. Now less than two full weeks into the club's regular-season schedule, the 27-year-old is working on his next piece of business: recruiting one-time All-Star outfielder and to-be free agent Michael Conforto to put pen to paper on a new deal.