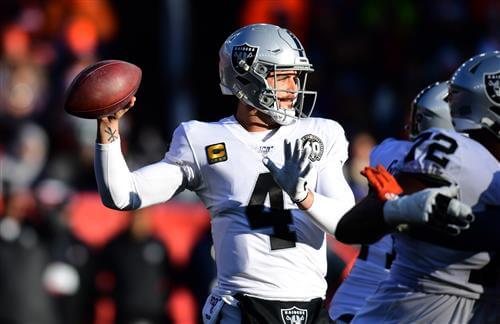 The Las Vegas Raiders are moving forward with Derek Carr under center despite his uninspiring play in recent seasons. Jordy Nelson, a former teammate of Carr’s, explained why Carr has struggled in recent years with the Raiders.

While speaking to Austin Boyd of Heavy.com, Nelson spoke about why he believes Carr gets a bad wrap in the media and whether it’s deserved:

“No, it’s not … Guy’s extremely smart, very talented, works extremely hard, can make the throws, does it all. I think he’s been in a tough situation. I think similar to what Alex Smith dealt with with the 49ers of just constantly rotating through coaches and offensive coordinators.”