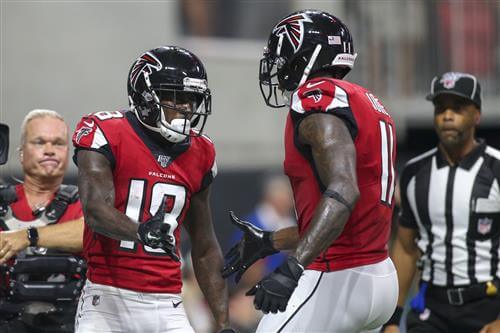 There are a lot of great wide receiver duos in the NFL. According to David Carr of NFL.com though, the Atlanta Falcons might have the best pair with Julio Jones and Calvin Ridley.

“I can’t say enough about Julio Jones’ dominance over the last six seasons,” Carr wrote. “Since 2014, Jones has 623 receptions and 9,388 receiving yards (both most in the NFL), and he’s posted six consecutive seasons with at least 1,300 receiving yards, which ties Torry Holt for the longest such streak in NFL history. He can do it all even when double- or triple-teamed, which he often is, providing Matt Ryan a reliable target in tight windows. The one knock against Jones over the last few seasons has been his relative lack of touchdown production, an area in which Ridley has excelled, logging 17 TD receptions in his first two seasons.